How do those big Hollywood stunts happen?  And what’s it like to be a real-life superhero?  We’ve assembled an incredible panel of stuntmen and stuntwomen as well as stunt coordinators to give you the inside scoop on the most dangerous side of entertainment. 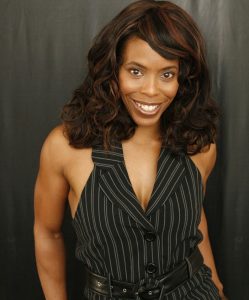 Cheryl Lewis is a unique, multi-discipline performer on the stage and screen, member of SAG-AFTRA/AEA/AGVA/AGMA. She is a stunt performer, martial artist, fight choreographer, action designer, actor, dancer, circus aerialist and puppeteer.

Cheryl’s background and training started in varsity sports (volleyball, softball, cheerleading & gymnastic). She transitioned into becoming a professional dancer and circus aerialist, performing all over the USA, in Thailand, Dubai and Osaka, Japan. Because of her desire to learn and master new skills, Cheryl has performed in everything from: dancing at The Metropolitan Opera, originating the character of Inamorata in The MET’s production of Benvenuto Cellini; dancing & choreographing the spanish-web routine in Barnum; performing as an aerialist/in-line skater/tumbler/stunt performer at Disney’s Animal Kingdom stage show Tarzan Rocks; the role of Kat in the Off-Broadway show Censored!!; as Robin Starveling in A Midsummer Night’s Dream; dancer/gymnast in Cirque Ingenieux; puppeteer and dancer for Poko Puppets.

Upon the recommendation from a few Cirque du Soile performers, Cheryl found herself performing for over a year in Osaka, Japan as an aerialist/dancer/stunt performer at Universal Studios Japan. Cheryl was one of only five American aerialists (and the only female given a double track to perform) cast in the show that had over 100 performers from around the world. While in Japan, Cheryl put her free time to good use by training in Kendo, Wushu & climbing Mt. Fuji.

Cheryl has a B.A. in Communication (film production & studies). She is also a martial artist with training in Tae Kwon Do, Kung Fu and Kendo. All her training and skill sets made the transition into stunts and action design a natural one. Cheryl has worked in film & television as an actor, stunt performer/stunt double, fight choreographer and action designer. Some of Cheryl’s work include: Taraji P. Henson’s stunt double in Proud Mary; Alfred Woodard’s stunt double on Luke Cage; a gnarly car hit on Shameless; fire burn on Orange Is The New Black; high fall thru a glass roof in The Cookout; sword fighting stunt double on Crossbones; stunt coordinator/action design on ABCd’s TV show American Koko and stunt performer/stunt actor in the sequel to the hit super hero film, Wonder Woman 1984 (summer of 2020).

Cheryl is extremely thankful to be a stunt performer/martial artist/aerialist/action director. Do to something she loves & has great passion for, as a living, is a dream come true! Cheryl is the recipient of an Action Icon Awards-Jewel Award and two Urban Action Showcase Awards Honoree! Cheryl is a member of United Stuntwomen’s Association (USAstunts) an association of working, professional stuntwomen, coordinators, and second unit directors. www.CherylinAction.com #PositiveMovingEnergy @CherylinAction 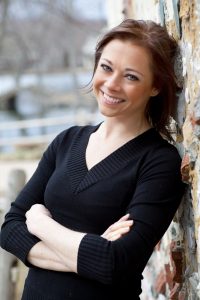 Becca GT is a SAG-AFTRA stuntwoman who grew up in New England as a professional horse trainer and riding instructor. She operated a very successful riding program out of her parents’ farm, PondView Equestrian Center in RI for many years, competing at the regional and national level. She then met her soon-to-be husband, who at the time was a professional stunt driver for the Joie Chitwood live auto stunt shows. Shifting her sights to a different type of “horsepower”, Becca began honing her skills as a stunt driver and building on other skill sets that eventually enabled her to begin working as a professional SAG-AFTRA stuntwoman in Boston. Now based in NY, Becca has worked on films such as the upcoming 21 Bridges, and Clifford the Big Red Dog as well as popular TV shows, The Blacklist, Orange is the New Black, and the new multi-Emmy-nominated Netflix hit, Russian Doll. 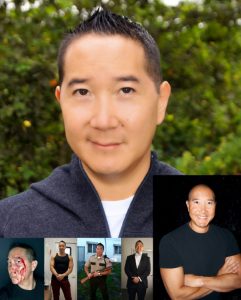 Grant Koo received his Bachelor of Arts from Colgate University where he was an Art & Art History Major. He began pursuing acting after being encouraged from his wife, Shawn. Grant pursued his acting career in commercials, TV & film and he found much success in a short amount of time. After a few years passed and successfully working strictly as an actor. Grant soon realized that he wanted to be more action oriented in the industry. His background in Kyokushin Karate since childhood gave him the necessary fighting skills and backbone needed to push him to the next level in the industry. In addition, he was also trained in firearms, scuba diving and pursued a slew of other dangerous activities which translated into real life “stunts”. Grant bridges the gap between his acting and stunts and his career has found perfect harmony as a “stunt actor”. 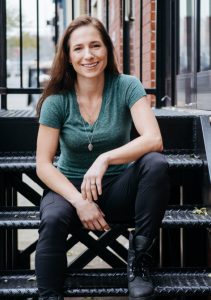 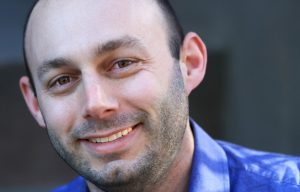 Timothy Michael Cooper is a writer-director based in Brooklyn.

Last year, he wrote and directed the short comedy “Lemon,” starring Jennifer Westfeldt, Noah Bean, and Jenn Lyon, which premiered at the Tribeca Film Festival. It was one of the most-viewed short films on Amazon Prime, and was licensed by and shown on United Airlines. Plus, it won Best Short Comedy at last year’s Adirondack Film Festival!

He wrote and directed the digital sitcom “Concierge: The Series,” starring “Saturday Night Live’s” Kate McKinnon, which was nominated for the first-ever Writers Guild Award for New Media. And he wrote the feature “Away From Here,” starring Nick Stahl, Alicia Witt, and Ray Wise, now available on Amazon Prime and iTunes.

Timothy has directed multiple staged readings for the Writers Guild of America East at Lincoln Center and the New School. Most recently, he directed the staged presentations of the Made in NY Writers Room’s inaugural class’s top comedy and drama pilots, in conjunction with the NYC Mayor’s Office of Media and Entertainment.

For the past five years, Timothy has been a member of the writers’ room for the Writers Guild Awards, writing material for comedians like Lewis Black, Colin Quinn, Larry Wilmore, Michael Ian Black, and Amber Ruffin.

He was named a 2018 IFP Screen Forward Lab Fellow for his newest comedy TV series, one of 12 projects selected worldwide for development in the yearlong incubator. He is a proud member of the Writers Guild of America East, the Brooklyn Filmmakers Collective Writers’ Workshop, the Hollywood Radio and Television Society, and the WGAE Softball Team. Timothy is currently developing multiple pilots and features for a variety of production companies.