FILM FESTIVAL IN A BOX

“Most festivals are going digital at this point, which is imperative, but that leaves the audience missing arguably the best part of the whole festival: the experience. Our Film Festival in a Box delivers you just that.”

“Box items may accompany any of the shorts, features, or even special events. But part of the fun of the whole thing is not knowing what’s in the box until it’s time for the festival. So we’re going to keep the exact contents a secret!”

“Half the fun of a film festival is circling the schedule blocks and trying to figure out where to go and when. I can’t imagine a festival experience without plotting your plan of attack." 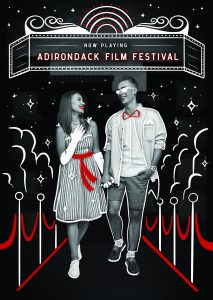 In addition to more than 120 short and feature-length films to choose from, you’ll also receive everything you need to recreate the exciting atmosphere that has become synonymous with AFF.  Your box comes with items like your festival lanyard, killer AFF swag, 3D glasses (you may just need them), and even a way to cordon off your room from those pesky housemates who don’t meet your VIP status.  We’ll provide you with some of the best new films on the planet – along with all the popcorn you’ll need to get through the weekend – and so much more!